Korean tea encompasses a great variety of teas, from real tea derived from the camellia sinensis to herbal teas made from a multitude of other herbs and fruits.

With a long history, this tea culture was greatly influenced by its two Asian neighbors: China and Japan, throughout the ages both in tea production and tea ceremony.

Less known in the West than other tea producing countries in Asia, this country has a strong tea culture today. Tea production is not very high and rarely exported, so tea from Korea may be quite rare to find outside this country, but definitely worth a try.


Come and share a cup of tea from Korea!

The first record of tea in Korean history took place after the 7th century, when the three kingdoms in the Korean Peninsula were united under, the then ruler, Silla. The first tea gardens were planted in the Jiri-san Mountain.

It was Silla who helped to introduce the tradition of tea drinking to Korea. His ambassadors to China brought back tea seeds and the knowledge to grow and produce tea. Their study of Buddhism also brought back tea drinking customs and rituals of offering tea to the spirits of monks in Buddhist temples.

At first, Korea followed the Chinese custom of drinking whisked tea (which is still present today in Japan in the form of matcha), and as time passed, so would Korea adopt the loose leaf tea form along with China.

During the Joseon dynasty (1392-1910) tea was also used by the royal family and the upper classes in rituals, whose continued study of Chinese philosophy and customs helped Koreans to follow Chinese tea traditions and culture.

Nearing the end of the Joseon era, the use of tea in ancestral rites, known as Charye (tea rites), made its way down to the lower classes. 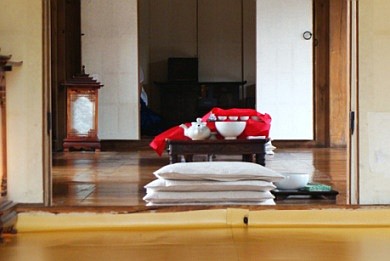 Tea rites found their way to present day Korea, although today in memorial rituals for family ancestors most people will offer rice wine instead. It was the Buddhist community that continued to make and drink tea much in the traditional way even when almost nobody else did.

Green tea has only become popular among the masses in recent years. Large scale production of green tea in Korea dates back just to the 1970's, but it has been experiencing incredible growth in the recent years.

Ready-to-drink teas have made their way to the market and dozens of varieties of hot or iced teas are available to suit any palate.

Korean tea refers not only to actual tea from the camellia sinensis plant, but also to a great variety of infusions made from other herbs, both in hot and cold water. The most prized teas inspire feelings of peace, respect, purity and quiet with every cup you drink.

Tea gardens in Korea produce black and green types of tea. The specific flavor of each tea greatly depends on the location of the tea plantation. For example, teas grown on Jeju Island tend to have a certain saltiness due to the presence of ocean winds, while teas grown elsewhere may be more astringent, bitter or sweet.

Herbal teas or infusions are usually made from using leaves, flowers, fruits, roots or grains, from a multitude of plants. Let's take a quick look at the most famous varieties enjoyed in Korea.


These are just a few examples of what you may find if you go to Korea, as there are certainly enough varieties to suit anyone.


or check out this selection of Korean teas at amazon.co.uk

The tea ceremony in Korea is similar to the Japanese ceremony, but considerably more relaxed with not so many strict rules and steps. Tea houses are a place of calm and relaxation. The whole environment seems to be inspired by Buddhist meditation practices.

As you enter the tea room, take your shoes off and keep your socks, it's not polite to go barefoot. The set is already laid out on a small low table, covered waiting for the guests to arrive. 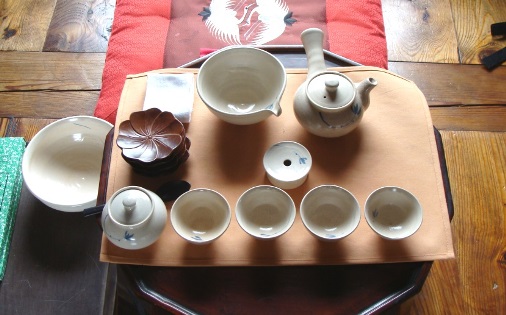 This tea set comprises of many elements:

Water is heated in a kettle that is then used for the tea ceremony.

A great Korean tea requires care and mastery, but with the proper instructions there is no reason not to enjoy a nice cup of tea.

Let's take a look at the steps for brewing Korean tea. 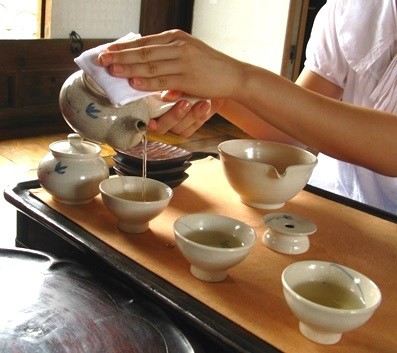 The great thing about the Korean tea ceremony is that while all these steps are taking place, the tea master engages in polite and relaxing conversation with the guests. It is all so calming and nice, and then, finally, the tea cups are given to the guests and it is time to appreciate the tea.

Here are a few pointers on the etiquette of the Korean Tea ceremony.

Once the host has finished serving all tea cups, you may pick up your cup with the right hand and place your left hand under the cup much like a saucer, but with the difference that you do not remove your hand as you drink.

Take the cup up to your mouth and nose and breathe in the smell of the tea before you. Your senses will be immediately aroused by the wonderful smell of Korean tea. Drink your tea slowly and remember to hold the cup with both hands.

With each sip you take notice the wonderful flavor of Korean tea, not so astringent as some Chinese teas, milder and well rounded in flavor and aroma. 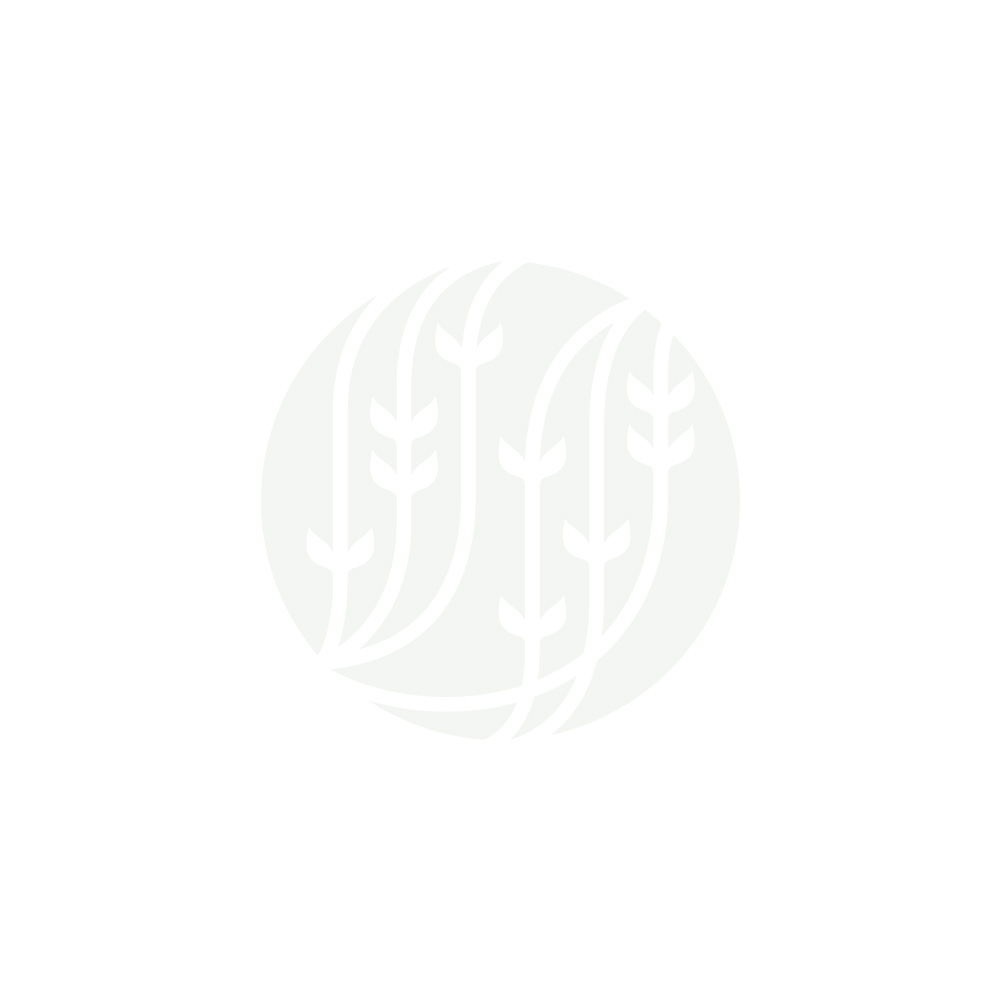 Click on image or on the link below to purchase your Organic Black Tea from Boseong from Palais des Thés (US).

This black tea is produced in the Boseong county in South Korea, a place known for being the largest producer of tea in Korea.

The leaves produce a sweet tea with notes of cocoa, wood, cooked fruit and a hint of honey of top of it all.

Now it's time to go and enjoy a cup of tea and a little of Korean culture!


Take a sip of Korean tea


Return from Korean Tea to Types of Tea


”In the Taste of a single cup of tea you will eventually discover the truth of all the ten thousand forms in the universe.”
- Attributed to Kyongbong Sunim, Ch'an (Zen) Master


Make your tea
even more special with...