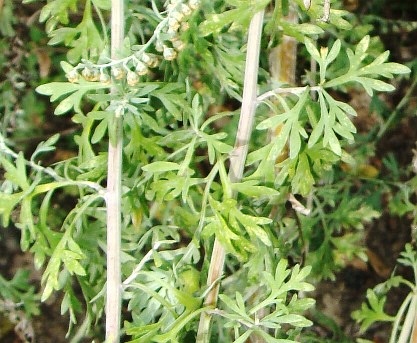 Wormwood tea is an herbal infusion that has a long history of treating intestinal problems.

This herb has had a bad reputation because of the alcoholic beverage Absinthe is derive from its leaves and flowers.

However, for years this infusion has been used as an herbal remedy for a number of ailments, not just expelling worms.

As long as great care is taken, wormwood tea may be useful and it is certainly a very interesting herb to learn about.


Come and read all about this digestive herbal tea! 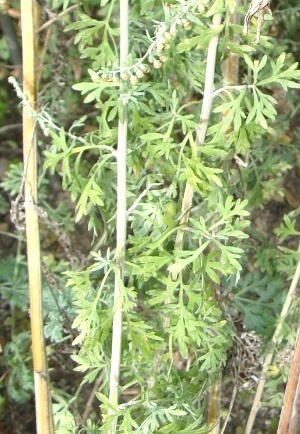 Wormwood, in Latin Artemisia absinthium, is a perennial shrub-like herb that is native to temperate regions of Europe, northern Africa and western Asia.

You may also find it under other common names such as green ginger, madderwort, sagewort, wermut, amoise and absinthe.

The name wormwood actually comes from its ancient use for expelling intestinal worms.


Wormwood is an aromatic perennial shrub that reaches from 40cm to about 1 meter at most in height, withstanding droughts and thriving in dry soils, on rocky slopes and along footpaths.

Its stems and leaves are silvery-green covered in delicate thin hairs. Its small tubular flowers are yellow, blooming in mid-summer. The plant produces an unpleasant smell that helps to repel insects. When the dried leaves are crushed they are very aromatic and very bitter in flavor.

Wormwood tea has a long history of use: ancient Egyptians considered this infusion as an antiseptic tonic, ideal for treating fevers. They would also use it for helping women deal with menstrual problems.

Ancient Greeks and Romans also valued this herbal infusion for its cleansing and detoxifying properties. In particular, these peoples believed that wormwood tea could counteract the poisonous effects of herbs like hemlock.

As time progressed, in the Middle Ages this tea was used as a form of clearing the intestines of tapeworm and strengthening the digestive tract in the process.

Wormwood began being used as an ingredient for alcoholic beverage, the main ingredient in the drink absinthe, a dangerous beverage that could result in death. It was also used to flavor wines, vermouth and as a substitute for hops in beer production in 18th century England.


Today wormwood is still used in liquors and wines, valued for its bitter flavor, but most of these drinks are considered toxic and there are warnings that they could cause dependency, absinthe in particular.

Some people still appreciate this herbal tea for its health benefits. Used correctly and under proper medical supervision, there may be important benefits that may be derived from this tea.

As an infusion this herb may be used to protect plants from insects. The wormwood plant itself can also be used as a companion plant in the garden because it inhibits the growth of weeds.

Wormwood is a herb that contains a number of elements such a thujone, malic and succinic acids, absinthin, tannins, resins and starch. It also contains flavonoids, inulin and silica, among other elements.

Let's take a look at the most important benefits of this herbal tea. 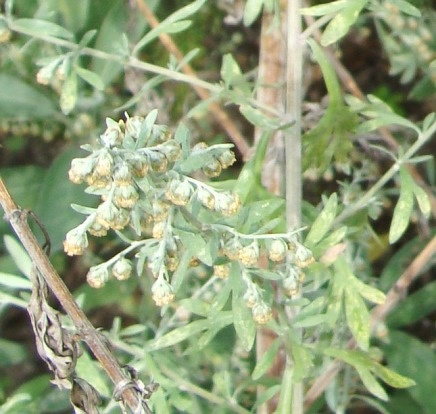 
Take a look at these options for Wormwood tea:


or purchase your herbal tea at amazon.co.uk


Side Effects of Wormwood Tea

Wormwood tea may be beneficial for you, but it is a herb that requires great care when using. It is important to become familiar with its potential side effects and to talk to a doctor when you are thinking of using this tea to have properly dosed for you.


When to Avoid this Tea

Now it's time to brew a cup of this herbal tea. Let's head to the kitchen and learn how to make wormwood tea.

Wormwood tea is made with the aerial or above ground parts of the wormwood plant. This includes leaves, stems and flowering parts. The dried herb should be crushed, so it is fine to use a powdered form of wormwood, too. 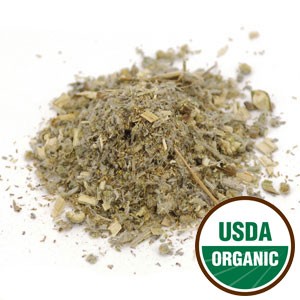 Click on the image or on the link below to purchase from Starwest Botanicals your Organic Wormwood.

You can make your tea from cut and sifted wormwood herb or simple organic powder.

Follow the instructions given by your doctor and you will be able to enjoy this healing herbal tea.

Wormwood is a herb with a long medicinal history. Used with care, it can make a healing infusion that could be right for you.


Have a soothing sip of tea! 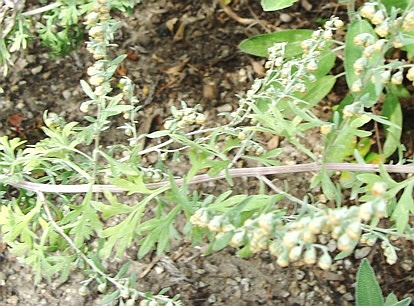